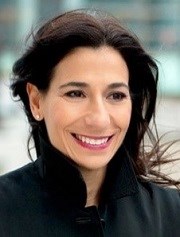 Clara Angotti is the Co-founder and President of Next Pathway, a software company that specializes in automating the migration of code and data to the cloud. In 2011 and 2018, she was recognized as one of Canada’s Most Powerful Women. In 2012, she was awarded the RBC Canadian Women Entrepreneur Award, which is given to an individual who has launched one or more successful companies and who is a role model to other entrepreneurs.

Angotti participates in a mentorship program to provide support and career guidance to women. In 2011, Angotti and her husband established a foundation to provide paediatric care to children and support to the families of the Kapi’olani Medical Center for Women & Children in Hawaii.  She received her Honours Bachelor of Science degree from the University of Toronto.

Angotti joined the SickKids Board of Trustees in 2018.