The Hospital for Sick Children (SickKids), affiliated with the University of Toronto, is Canada's most research-intensive hospital and the largest centre dedicated to improving children's health in the country.

With passionate and dedicated staff, SickKids is much more than a hospital. We work each day to provide the best in child and family-centred care, create ground-breaking clinical and scientific advancements, and train the next generation of experts in child health.

SickKids is a founding member of Kids Health Alliance, a network of partners committed to advancing excellence and expertise in the delivery of paediatric care in Ontario.

Our SickKids 2025 Strategic Plan is helping us improve quality, build stronger connections with our partners and accelerate our impact through Precision Child Health.

Learn about our Strategic Plan

As the largest paediatric academic health sciences centre in Canada, SickKids is so much more than a hospital. To achieve our vision, “Healthier Children. A Better World,” requires a multi-faceted approach: providing the best in family-centred care; pioneering scientific and clinical advancements; and training the next-generation of experts in child health.

We are guided by our five-year Strategic Plan – SickKids 2025 – which represents the beginning of a new movement to deliver unprecedented outcomes through Precision Child Health. This is a bold and exciting new direction for our people as well as the patients and families we so proudly serve.

With big data and artificial intelligence poised to transform clinical care and scientific discovery, we will harness the power of these technologies to individualize child and youth health care, making a “one-size-fits-all” approach to health care a thing of the past. To create a more seamless child and family experience, care will be available in both physical and digital forms to help meet our patients’ needs closer to where they live.

Change will be balanced with a focus on the human elements of healing. This will begin with efforts to unleash the talents and safeguard the wellness of our staff and will extend to patients and families through a commitment to partnership, quality and unwavering compassion. We are also renewing our efforts to be a champion of equity, diversity and inclusion to further empower staff and mobilize the range of ideas, talent, perspectives, and experiences critical to excellence in child and youth health.

You may also have seen a glimmer of transformation on our campus, as we build our new educational, training and administrative tower, the Patient Support Centre. Brick by brick, a new SickKids is rising through Project Horizon, our multi-year redevelopment project. Together we are building a hospital of the future that will transform the way we deliver care and empower patients and families to be partners in their care.

We value collaboration in every respect – from caring for patients to the broader community. None of the strategies and initiatives we are moving forward would be possible without the collective voices of our stakeholders guiding our present, and our future.

Underscoring this exciting plan is our wholehearted promise to stand together and advocate for children’s health. To our community of patients, families, partners, and donors – please join us.

SickKids’ approach for delivering health care is centred on the needs of patients and their families, covering a wide range of clinical departments. To support the patient and family experience, our Family Spaces offer opportunities for family recreation and programming, while Interpreter and Spiritual & Religious Care services make our environment accessible to the unique needs of your family.

We also partner with families to help shape our services and care through the Family Advisory Network. Learn more about our other patient and family-centred care services.

SickKids is a research hospital, where every child has the opportunity to participate in clinical research and learn about ongoing SickKids studies.

The SickKids Research Institute is Canada’s largest, hospital-based child health research institute dedicated to improving the health of children. Our research programs range from basic discovery research all the way to clinical care and are supported by state-of-the-art expertise, technologies and facilities.

Teaching the next generation of health-care professionals

The SickKids Learning Institiute (LI) aims to improve child health outcomes and systems of care through education. We’ve developed collaborative and innovative partnerships and programming to support faculty development, educate patients and families, and inspire learners from all backgrounds. From dynamic simulations and hands-on training to our International Learner Program, we help advance knowledge and skills locally, nationally and throughout the world.

SickKids engages in a variety of initiatives to improve child health around the world. These include the SickKids Centre for Global Child Health, SickKids International, our International Patient Program, and more.

As leaders in child health, we partner locally and globally to improve the health of children through the integration of care, research and education.

Improving the health of children is the focus for all that we do. That was the promise made by Elizabeth McMaster in March 1875 when she and a group of Toronto women rented an 11-room house on Avenue Street in downtown Toronto and declared open a hospital "for the admission and treatment of all sick children." On April 3, Maggie, a three-year-old scald victim, became SickKids’ first patient.

Since then, SickKids has led in child health and research innovation in Canada.

To keep up with demand for its services, in 1891, under the leadership of John Ross Robertson, newspaper publisher and chairman of the hospital's Board of Trustees, SickKids moved to a four-story, 320-bed facility at the corner of Elizabeth and College Streets.

In 1909, the hospital installed the first milk pasteurization plant in Canada, 30 years before it became mandatory. The Nutritional Research Laboratory was established in 1918, and the results of research led to the development of Pablum, a precooked baby cereal that saved thousands of children from death and disease.

With the rise of the polio epidemic in the late 1930s, SickKids manufactured more than 30 iron lungs for use. Medical and nursing staff organized temporary treatment centres that cared for more than 300 children.

In 1951, SickKids moved to its current location at 555 University Avenue and in 1954, established the SickKids Research Institute. Leading our pioneering efforts in paediatric care, both the Salter operation to repair dislocation of the hip, and the Mustard operation to correct fatal heart defects were developed at SickKids. In 1968, SickKids opened one of the first intensive care units in North America devoted exclusively to the care of critically-ill newborn and premature babies.

Throughout the 1980s, advances in genetics have led to the identification and cloning of a number of genes responsible for causing hereditary diseases such as Duchenne muscular dystrophy and cystic fibrosis.

Our campus has continued to evolve its physical footprint to provide the best in care and research. In 1993, SickKids opened a new patient care wing, the Atrium, and in 2013, the Peter Gilgan Centre for Research and Learning brought together SickKids researchers into one 21-storey tower on Bay Street that has sparked collaborations and fueled innovation.

Today, our Project Horizon campus redevelopment project is building the hospital of the future, and transforming the way we deliver care as we enter the next chapter of SickKids’ exceptional story.

We highlight our financial details, important achievements and new breakthroughs in clinical care, research and education. We are driven and directed by a team of experienced senior executives, research and medical professionals as well as our dedicated Board of Trustees, all sharing the central mission of providing the best in family-centred care, research and education. 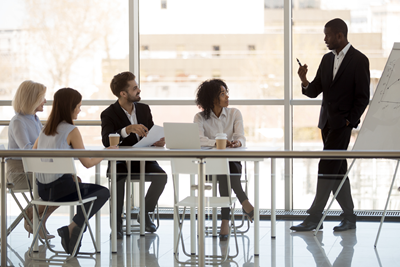 We are dedicating to improving health outcomes for children and their families in a compassionate and innovative, responsible and efficient manner. 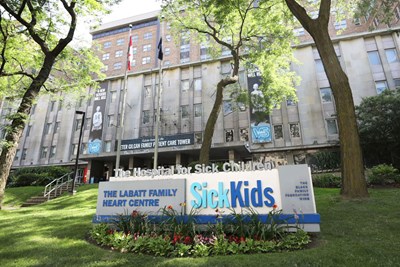 We are committed to the principles of accountability and transparency. By doing so, we enhance the strength of our organization to ensure we provide the highest quality of care. 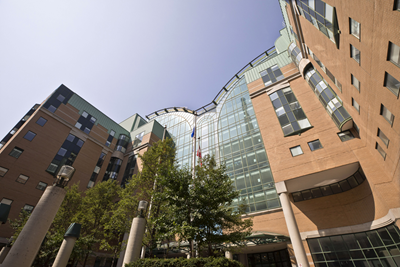 Learn how to submit requests under the Freedom of Information and Protection of Privacy Act, and view our inventory of records and personal information banks. 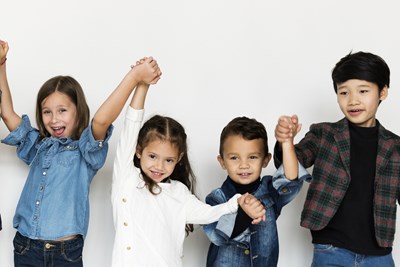 An inspired hospital of the future

Project Horizon, our campus redevelopment project, aims to build an inspired hospital of the future, transform how we deliver care, and empower patients and families to be partners in their care.

Every four years, SickKids undergoes an accreditation process by Accreditation Canada, an independent, not-for-profit organization that works with health-care organizations to help them evaluate and improve quality, safety and efficiency so they can offer the best possible care and service. Accreditation also provides recognition that an organization's services are meeting national standards of quality.