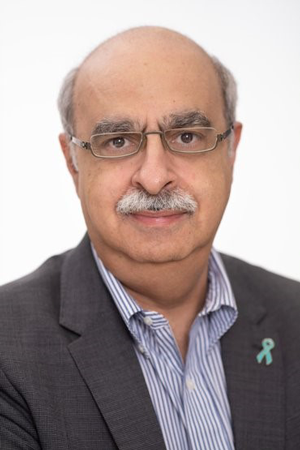 Dr. Darius Bägli joined the surgical staff at Sickkids at SickKids and the Department of Surgery, University of Toronto, in 1995. He is certified in Urologic Surgery by the Royal College of Physicians and Surgeons of Canada, the American College of Surgeons, the American Board of Urology and is a Fellow of the American Academy of Paediatrics. He directs a laboratory in cell & molecular biology and epigenetics in the hospital Research Institute focused on benign urological disease and maldevelopment. Dr. Bägli is one of the few paediatric urologists with an independent and longstanding basic research program in North America and the only one in Canada. His team’s research is supported by the CIHR, KFoC, and NIH. He is also conducting studies advancing artificial intelligence and deep learning in children’s urology.

Children’s urological disease is often a result of external insults such as bladder obstruction, bacterial infection, and even the environmental chemical pressures that may drive gential maldevelopment in hyposdpais. Therefore, in recent years the Bagli Lab has taken an epigenetic approach to study mechanisms of disease in these areas. For example, bladder obstruction, a common issue in children form many causes, leads to muscle changes in the bladder wall resembling overgrowth and scarring.