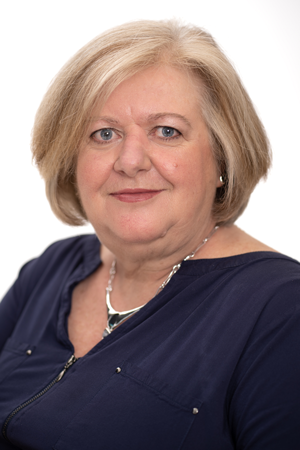 Dr. Boulianne completed her PhD at the University of Toronto and post-doctoral studies at the Howard Hughes Medical Institute at the University of California in San Francisco.  She joined SickKids in 1996 and is currently a Senior Scientist in the Program in Developmental & Stem Cell Biology at SickKids and a Professor in the Dept. Molecular Genetics at the University of Toronto. Dr. Boulianne has held numerous leadership roles within the Research Institute including Chief of Research Acting (2020-2021), Associate Chief, Research Career Development (2016-2020) and Director of the Research Training Center at SickKids (2009-2016).

Her research program takes advantage of powerful genetic approaches available in the fruit fly, Drosophila melanogaster, to uncover the molecular and cellular mechanisms underlying the development and function of the nervous system and to establish models of human disease.

Gabrielle and her colleagues are interested in understanding how cell fate is determined during neuronal development in Drosophila. In recent years they have focused on a group of genes, called "neurogenic genes", which have been shown to interact in a common pathway to determine the fate of virtually every cell type in many complex organisms. A second area of their research is to understand the molecular basis of neurotransmitter release and how this is regulated in development and disease.  Finally, they have developed Drosophila models of human aging and disease including neurodegenerative such as ALS and Alzheimer’s.