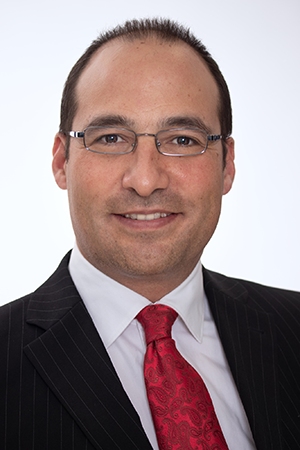 Dr. Reto M. Baertschiger joined the Division of General and Thoracic Surgery at The Hospital for Sick Children (SickKids) on August 1, 2019 with a special interest in paediatric surgical oncology and liver tumors.  He has been working as a general paediatric surgeon and with a special focus on the surgical care of children with solid tumors, in close collaboration with the oncology team.

Reto Baertschiger was born and raised in Switzerland and went to medical school in Lausanne. After proceeding with basic science research in Geneva, where he obtained his PhD in 2008, he moved to the United States to train in General Surgery and Paediatric Surgery in Indianapolis from 2008 to 2015. He is board certified in general and paediatric surgery by the American Board of Surgery. He then worked for four years at Dartmouth Hitchcock in New Hampshire as a paediatric surgeon and paediatric medical trauma director (2015 to 2019) prior to joining SickKids as Surgeon Scientist. Reto Baertschiger is an active member of the Children’s Oncology Group and several committees of the American Pediatric Surgical Association and American Academy of Pediatrics.

Dr. Baertschiger was appointed as a Scientist Track Investigator in the Genetics & Genome Biology Program at the SickKids Research Institute. He started his lab under the mentorship of Dr. David Malkin, and studies the micro-environment of paediatric liver tumors and the interaction of the native liver, its stroma and the tumor environment.