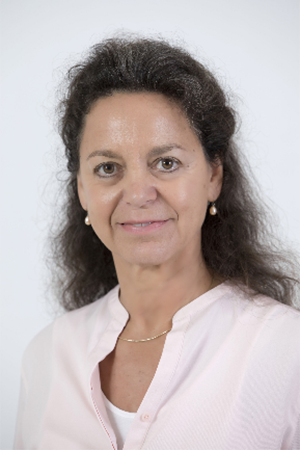 Dr. Ute Bartels is a Staff Neuro-Oncologist at the Hospital for Sick Children (SickKids), Toronto, Project Investigator at Child Health Evaluative Sciences and Professor of Paediatrics at the University of Toronto. She graduated from medical school at Johannes Wolfgang von Goethe University in Frankfurt, Germany and completed her PhD thesis at the Children’s Hospital of the University in Mainz, Germany, where she trained in Paediatrics and specialized in neonatology and paediatric haematology/oncology.

In 2002, she joined SickKids for a fellowship in paediatric neuro-oncology and became a staff physician in 2005. She is an active member of the Central Nervous System (CNS) Committee of the Children’s Oncology Group (COG) in North America, is a Principal Investigator of the CNS Germ Cell Tumour study (ACNS1123) and the Institutional Principal Investigator of COG. She was an invited member of the 2012 International Tuberous Sclerosis Complex (TSC) Consensus Group to finalize diagnostic, surveillance and management recommendations for patients with TSC. She is elected co-chairwoman of the European Society of Paediatric Oncology (SIOPe) Craniopharyngioma Working Group representing the field of oncology/endocrinology since 2011.