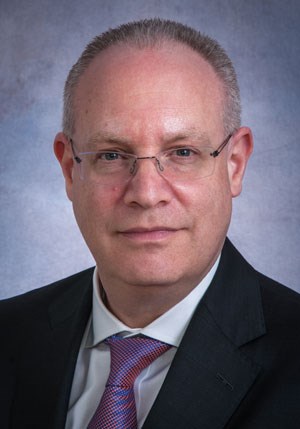 Dr. Ronald Cohn has served as President and CEO of the Hospital for Sick Children (SickKids) in Toronto, Canada since May 1, 2019. Cohn joined SickKids in September 2012 as the Chief of the Division of Clinical and Metabolic Genetics, Co-Director of the Centre for Genetic Medicine, and Senior Scientist at the SickKids Research Institute. He became the Inaugural Women’s Auxiliary Chair in Clinical and Metabolic Genetics in April of 2013, and joined the department of Molecular Genetics at the University of Toronto. In 2016 he was appointed to the position of Chief of Paediatrics at SickKids, and Chair of Paediatrics at the University of Toronto.

Cohn received his medical degree from the University of Essen, Germany. After his postdoctoral fellowship at the Howard Hughes Medical Institute in the laboratory of Dr. Kevin Campbell, he moved to Baltimore where he was the first combined resident in paediatrics and genetics at the Johns Hopkins University. He subsequently joined the faculty of the McKusick-Nathans Institute of Genetic Medicine at Johns Hopkins where he became the director of the worlds' first multidisciplinary centre for Hypotonia, which has earned national and international recognition. Dr. Cohn was also the director of the medical genetics residency program at Johns Hopkins.

He has received numerous awards including the David M. Kamsler Award for outstanding compassionate and expert care of pediatric patients in 2004; First Annual Harvard-Partners Center for Genetics and Genomics Award in Medical in 2006; and the NIH Young Innovator Award in 2008.

Over the last few years, Dr. Cohn has developed an interest in applying a concept of Precision Child Health to the care of children. His own research focuses on implementing genome editing technologies for the treatment of neurogenetic disorders.

Research in Cohn’s laboratory focuses on the biology of muscle regeneration as it relates to various inherited and acquired myopathic states with a particular interest in muscular dystrophies. More recently, he used a novel approach to understand the mechanisms of maintaining muscle mass and regeneration, by studying hibernating ground squirrels. Hibernating mammals have evolved mechanisms to survive prolonged immobility without pathologic loss/atrophy of muscle mass. The molecular mechanisms underlying this fascinating phenomenon are largely unknown.

Cohn plans to continue his research activities and ensure that novel genetic technologies will be translated into clinical medicine with the goal of one day making individualized treatment a standard of care for all children.

The mission of the Cohn Lab is to develop treatments for rare inherited diseases using novel gene editing and gene modulation technologies.