Dr. Sonia Sun-He Chung is a certified specialist in paediatric dentistry and a fellow of the Royal College of Dental Surgeons of Canada. She received her Bachelor of Science (2001) and her Doctor of Dental Surgery degrees (2005) from the University of Toronto.

After completing a general practice residency at The Hospital for Sick Children (SickKids), Dr. Chung continued her studies at the University of Toronto, where she received her Diploma in Paediatric Dentistry and a Master of Science (2010), focusing on the prioritization and wait times for elective dental treatment of children under general anaesthesia at SickKids.

She completed a dental fellowship in 2010 at the Royal Children's Hospital in Melbourne, Australia. Thereafter, she returned to Toronto and practised as an associate in various general and paediatric dental offices across the city. Dr. Chung joined the staff of SickKids Dentistry in 2011 and in the following year, she opened a private specialty practice, Danforth Children’s Dentistry, in Toronto. She is also an examiner in paediatric dentistry for The Royal College of Dentists of Canada. 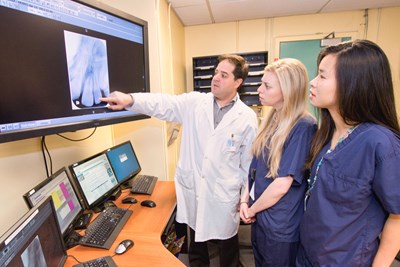 We provide integrated oral care for children, adolescents and teenagers from across Ontario, Canada and around the world.