Dr. Chau is a paediatric neurologist at The Hospital for Sick Children (SickKids). He is the co-director of the Neonatal Neurology program. After graduating from medical school at Laval University (Quebec City), he moved to Montreal to do his residency in paediatric Neurology (University of Montreal). He did a 3-year fellowship in Neonatal Neurology in Vancouver (University of British Columbia). Dr. Chau joined SickKids in 2013.

Dr. Chau is an academic clinician. His research focuses mainly on the study of brain injury and brain maturation using MR techniques and neuromonitoring tools. He also has a strong interest in infantile epileptic encephalopathy and fetal neurology. Dr. Chau is looking at ways to improve long-term outcomes by modifying common risk factors.

The Neonatal Neuroscience team at SickKids aims to improve the assessment and treatment of critically ill newborns, giving them the best chance at a healthy life. 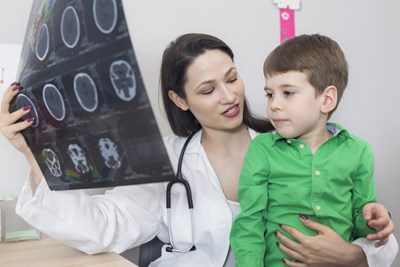 Our Division strives for optimal outcomes for children with neurological conditions.