Dr. Donner graduated with a Bachelor of Arts in the Biological Basis of Behaviour from the University of Pennsylvania in 1992. Following this, she received a degree in medicine from McMaster University in Hamilton, Ontario. She then completed the Residency Program in Paediatric Neurology at the University of Toronto and The Hospital for Sick Children (SickKids). During this time, Dr. Donner developed an interest in the care of children with epilepsy, which eventually led her to Boston Children’s Hospital at Harvard University to pursue a fellowship in Clinical Paediatric Epilepsy and Neurophysiology followed by a fellowship in Functional Neuroimaging and Epilepsy. Dr. Donner successfully completed fellowship examinations in Neurology (Paediatrics) and certification in electroencephalography from the Canadian Association of Clinical Neurophysiology. Dr. Donner joined the staff of the Division of Neurology at SickKids in September 2003 and obtained a Masters Degree in Clinical Epidemiology in 2015.

Sudden Unexpected Death in Epilepsy (SUDEP) is the most devastating outcome of epilepsy. Dr. Donner leads a research program focused on identifying those most at risk of SUDEP and preventing deaths. Using data from Ontario, her team has demonstrated that 1 in 1000 children with epilepsy per year die of SUDEP. Current studies are working to identify genetic markers for sudden death in children with epilepsy and understand the other risks of premature death in people living with epilepsy.

Dr. Donner is also the Principal Investigator of a prospective study of ketogenic diet therapies for children with drug-resistant epilepsy. In collaboration with EpLink, the Epilepsy Research Program of the Ontario Brain Institute, Dr. Donner is investigating the effect of diet therapy for epilepsy on family functioning and quality of life. 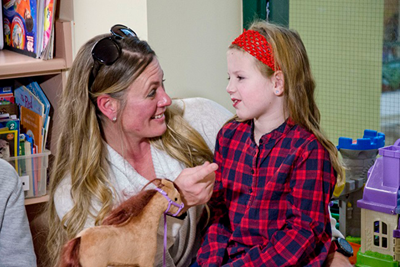 "We tried everything": Team of Toronto surgeons doesn't give up on young girl with persistent seizures

Neurosurgeons from SickKids and Toronto Western Hospital (TWH) have performed the first deep brain stimulation (DBS) to treat drug-resistant paediatric epilepsy in Canada. With only 40 published cases of the procedure being performed in children for this condition, Andi Dreher, 9, is among the first in the world to undergo this treatment. 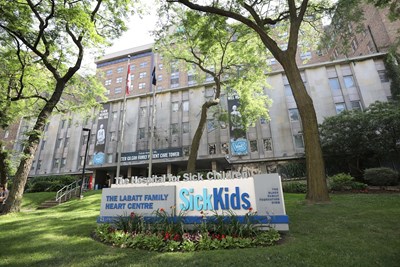 Creating communities of practice for epilepsy

On Purple Day, Drs. Elizabeth Donner and Carter Snead share their perspective on the need to help bridge an understanding of what it means to live with the impacts of epilepsy, and the launch of Project ECHO Ontario: Epilepsy Across the Lifespan.