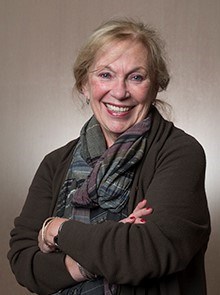 Janet Davidson is a health-care consultant and recently retired chair of CIHI’s Board of Directors. On September 3, 2019, Davidson was named interim President and CEO of the Nova Scotia Health System while they search for a new CEO. From 2013 to 2015, she was deputy minister of Alberta Health, and prior to that she was the official administrator for Alberta Health Services.

She has more than 40 years of experience in health care in the government, voluntary and hospital/community sectors in a number of Canadian jurisdictions. She is a board member of Bayshore Healthcare and was recently appointed a senior fellow with the CD Howe Institute.

Prior to joining Alberta Health Services, she was the Canadian executive and industry specialist with KPMG’s Global Healthcare Practice. She was also president and CEO of Trillium Health Centre in Mississauga, where she led a successful merger with the Credit Valley Hospital, creating the largest community academic hospital in the country. She has been extensively involved in global humanitarian work and served for 10 years in a senior governance capacity with the International Red Cross and Red Crescent Movement in Geneva, first as a vice president (Americas) and then as vice chair of the Standing Commission, its highest deliberative body.

Davidson joined the SickKids Board of Trustees in 2020.