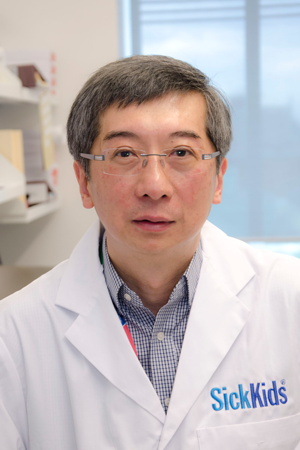 Dr. Chi-Chung Hui is Professor of Molecular Genetics at the University of Toronto, and Senior Scientist at The Hospital for Sick Children (SickKids). As an expert of mouse genetics, his research focuses on several signalling pathways (e.g., Hedgehog signaling, Iroquois homeobox genes) in development and disease. His laboratory has generated a variety of genetic mouse models of human congenital malformations, cancer, and obesity.

He has received a number of prestigious awards, including a Tier I Canada Research Chair in Mouse Development and Disease Modeling. Dr. Hui is also the Director of International Partnership at SickKids Research Institute and has been actively involved in promoting research and education collaborations between SickKids/University of Toronto and several leading universities in China such as University of Hong Kong and Zhejiang University.

The overall goal of the research in Dr. Hui’s laboratory is to decipher the mechanistic actions of Hedgehog signaling and Iroquois homeobox (IRX) genes in development and disease.

In recent years, his group is investigating the molecular actions of Suppressor of fused in the regulation of GLI2 transcription factor in Hedgehog signaling and medulloblastoma (the most malignant childhood brain tumor). Studies from the Hui laboratory have illustrated that IRX3 and IRX5 play key roles in energy homeostasis and obesity. They are currently using various genetic models to determine the functions of these transcription factors in the control of food intake and energy expenditure.