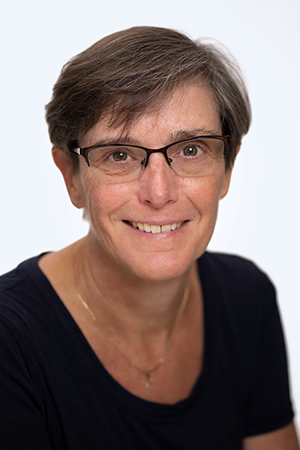 Dr. Howell obtained an undergraduate degree in Biophysics from the University of Leeds in 1983.  She received her PhD from the University of London in 1986 in the laboratory of Dame Julia Goodfellow.  Dr. Howell spent three years as a postdoctoral fellow under the mentorship of Professor Gregory A. Petsko at Massachusetts Institute of Technology before moving to Paris, France for two years to study with Dr. Roberto Poljak and Dr. Andre Menez at the Institute Pasteur.  She joined The Hospital for Sick Children (SickKids) in late 1991 and was cross-appointed to the University of Toronto shortly afterwards.

Dr. Howell is a former recipient of a Canadian Institutes of Health Research Investigator Award. She was Head of the Program in Molecular Medicine (formerly Molecular Structure and Function) at SickKids from 2002 to 2014 and Associate Chief, Research Integration and Communication from 2014 to 2016.

Using a combination of structural biology, biochemistry and microbiology, Dr. Howell’s research seeks to understand at the molecular level: how the virulence factor type IV pili, used by P. aeruginosa to establish infections and for biofilm formation, is assembled; and how the exopolysaccharides alginate, galactosaminogalactan, poly-1,4-N-acetylglucosamine, and the Pel polysaccharides – major components of biofilm matrix in different bacteria and fungi – are synthesized, post-translationally modified, and exported from the cell.