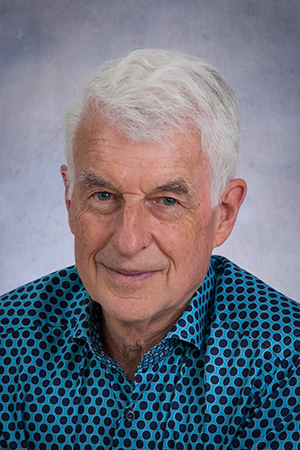 Dr. Andrew James obtained his medical degree from the University of Auckland, Auckland, New Zealand and trained in neonatology at National Women’s Hospital, Auckland and The Hospital for Sick Children (SickKids), Toronto, Ontario, Canada.  He also completed the Certificate of E-learning (University of Toronto); and obtained a graduate degree in biomedical informatics (OHSU).

Dr. James has been the lead physician for clinical informatics in the Neonatal Intensive Care Unit (NICU) at SickKids since 1993.  His contributions have been those of a physician advisor and champion for the development, implementation and maintenance of the NICU's clinical management information system. Dr. James’ current informatics activities include knowledge representation, the visual design and display of information, predictive analytics and advanced clinical decision support. His current clinical focus is the outcome of neonates with suspected/definite brain injury.

Dr. James’ primary focus has been the application of the information and communication technologies for clinical care. He was co-lead for the Artemis Project, a collaborative, multidisciplinary, international team that was developing advanced clinical decision support applications for the early identification of late onset neonatal sepsis, the recognition and classification of neonatal spells, the recognition of pain and the recognition of sleep/wake cycling in newborn infants.  His current research activities include the structured representation of the clinical care of the newborn infant by SNOMED CT and biomedical ontologies; problem oriented clinical documentation; the visual display of information; predictive analytics; advanced clinical decision support; and the neurodevelopmental outcomes of neonates with suspected/definite brain injury.