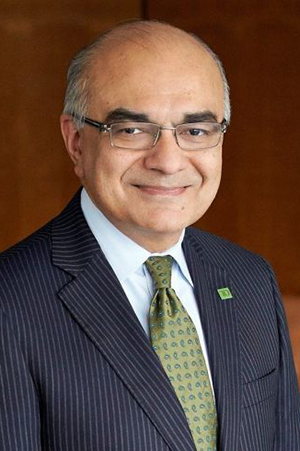 Title:
Member, SickKids Board of Trustees

For his achievements in business and the community, Masrani was awarded Honorary Doctor of Laws degrees from both the Schulich School of Business in 2017 and Mount Allison University in 2018. He currently serves on the boards of The Banking Policy Institute and the International Monetary Conference. He and his wife, Shabnam, currently make their home in Toronto and have two grown children.

Masrani joined the SickKids Board of Trustees in 2018.