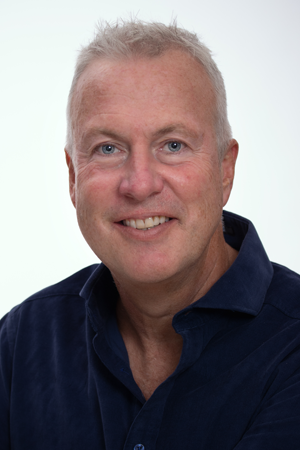 Dr. McKerlie is a comparative pathologist and phenogenomic scientist. He established his research program at The Hospital for Sick Children (SickKids) in 2002 when he came from the Research Institute at Sunnybrook Health Sciences Centre where he was Director of the Department of Comparative Research.

He received his DVM (1991) and Doctorate of Veterinary Science (1997) in comparative pathology from the Ontario Veterinary College. He is a Member of the Royal College of Veterinary Surgeons in the UK, and licensed by the College of Veterinarians of Ontario. From 2002 to 2007, Dr. McKerlie led the planning and development of The Centre for Phenogenomics (TCP), a government of Canada designated national research facility owned and operated by SickKids and Mount Sinai Hospital. After TCP opened in 2007, he led TCP as CEO and as Director of Research Partnerships until 2019.

Dr. McKerlie uses comparative pathology to study the relationship between our genes (genotype) and our physical traits (phenotype) using mice as models of humans.

His research program identifies and uses changes in tissues and cells when normal gene function is lost to understand what genes do to keep us healthy, when abnormal genes (called “mutations”) happen to explore how a mutation causes disease, and when a new therapy for a disease needs to be evaluated for how effective and safe it might be.