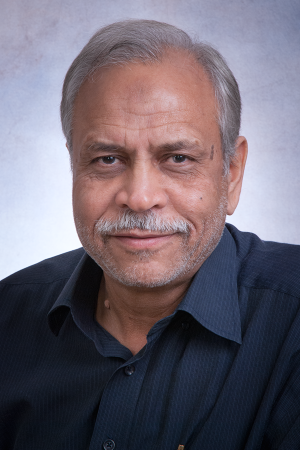 Dr. Ahmed Naqvi joined the staff at The Hospital for Sick Children (SickKids) in 2001. Naqvi received his undergraduate and post graduate training in paediatrics in Pakistan. He has memberships in the discipline of paediatrics from the College of Physicians and Surgeons of Pakistan (MCPS) and the Royal Colleges of Physicians of U.K. (MRCP). He completed a clinical fellowship in Paediatric Haematology and Oncology at SickKids from 1995 to 1998.

Prior to joining SickKids, Naqvi worked as a consultant Paediatric Haematologist and Oncologist and an Associate Professor at The Aga Khan University (AKU) in Karachi, Pakistan. He was the Director of the Paediatric Residency training Program at AKU for more than three years. He was instrumental in developing paediatric hematology and oncology service at AKU, which later developed into a full section.

Naqvi is a member of the Leukemia and Lymphoma section. His other area of special interest is Hemophagocytic Lymphohistiocytosis (HLH). Currently he is the Co-Director of the Histiocytoses program at SickKids. He has previously served as the head of the in-patient oncology section.

He has been closely involved with the Paediatric Haematology and Oncology Education Program at SickKids and the University of Toronto. He served as Associate director and Director of this program for almost twelve years.