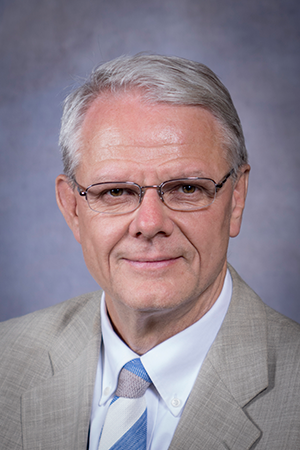 Dr. Rutka assumed his appointment in the Division of Neurosurgery, the Department of Surgery, the University of Toronto in 1990. He is a Paediatric Neurosurgeon whose clinical practice has been at The Hospital for Sick Children. Dr. Rutka's primary research and clinical interests relate to the science and surgery of human brain tumors and epilepsy. He has over 500 peer reviewed publications.

In 1999, Dr. Rutka was promoted to Professor in the Department of Surgery, the University of Toronto, and was appointed to the Dan Family Chair in the Division of Neurosurgery - a position he held until 2011.  In 2010 - 2011, Dr. Rutka served as President of the American Association of Neurological Surgeons. That same year, he was appointed as the RS McLaughlin Professor and Chair of the Department of Surgery at the University of Toronto. In 2013, he became the first Canadian to be appointed as Editor-in-Chief of the Journal of Neurosurgery, and was inducted as a Member of the Order of Ontario. In 2015, he was inducted as an Officer of the Order of Canada. In 2019, Dr. Rutka received the Cushing Medal from the American Association of Neurological Surgeons.

Dr. Rutka’s laboratory has been studying the cytoskeleton as a means to increase our understanding of the mechanisms by which astrocytoma cells grow, adhere to surrounding tissues, and invade normal brain tissue. Many cytoskeleton related genes and proteins are mutated in cancer and current studies are aimed at investigating the Rho-GTPase pathway for potential targets to inhibit astrocytoma invasiveness.

The Rutka lab is actively exploring the application of novel technologies for tumour therapies including delivery of therapeutics to the tumour using gold nanoparticles and temporary disruption of the blood-brain barrier with focused ultrasound to facilitate drug entry into the tumour while avoiding damage to normal brain tissues. Dr. Rutka’s lab is interested in developing new strategies of drug delivery to metastatic medulloblastoma and patients with diffuse intrinsic pontine glioma and is adapting ultrasound technology to precisely target the tumours, open the blood-brain barrier to permit drug access and deliver novel drug compounds attached to gold nanoparticles.

Editorial Board - Journal of Neurosurgery