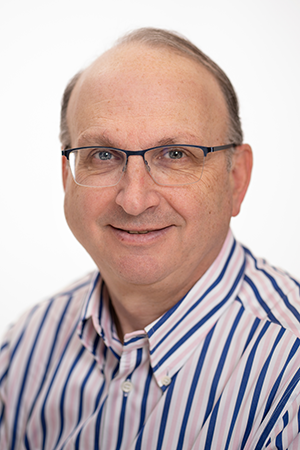 Dr. Norman Rosenblum is Professor of Paediatrics, Physiology, and Laboratory Medicine and Pathobiology at the University of Toronto, and a Paediatric Nephrologist and Senior Scientist at the Hospital for Sick Children (SickKids). He is a past recipient of the Tier I Canada Research Chair in Developmental Nephrology, which he held between 2005 and 2019. Dr. Rosenblum was named Scientific Director of the Canadian Institutes of Health Research (CIHR) Institute of Nutrition, Metabolism and Diabetes (INMD) starting in 2018.

Dr. Rosenblum has been deeply engaged in developing and managing career development programs for clinician scientists. He founded and led the Canadian Child Health Clinician Scientist Program from 2001-2012 and served as Associate Dean, Physician Scientist Training in the Faculty of Medicine, University of Toronto, from 2008-2017.

The focus of Dr. Rosenblum’s research is to elucidate molecular mechanisms that control normal and malformed kidney development in genetic mouse models and human kidney organoids. His lab has generated several models of human kidney-urinary tract malformation and has published over 125 peer-reviewed original manuscripts and book chapters.

The overall goal of research in the Rosenblum Lab is to define molecular mechanisms that control formation of the normal and malformed kidney.

Specific foci of investigation include signaling mechanisms that control:

This work aims to identify genes and define molecular pathways that control formation of nephron, stromal, and vascular kidney tissue in congenital and acquired diseases, develop drugs to treat renal injury, and bridge genomic analyses to clinical diagnosis and treatment.