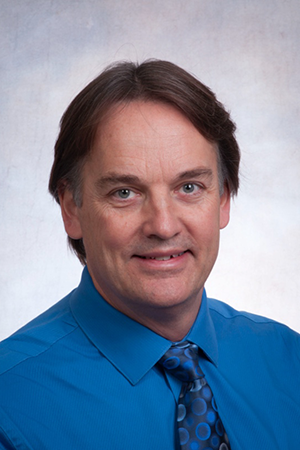 Dr. Giles Santyr is a medical biophysicist working with physicians and engineers to develop new techniques for imaging the lungs of children. He pursued undergraduate studies in Physics at Queen’s University in Kingston and received his PhD in Medical Biophysics from the University of Toronto.

He went on to work as a research associate and assistant scientist at the University of Wisconsin, where he earned a National Cancer Institute FIRST award. Moving to Carleton University in Ottawa in 1995, he helped establish the Ottawa Medical Physics Institute and helped pioneer hyperpolarized xenon-129 for lung MRI. In 2004, he joined the Robarts Research Institute, where he held a CIHR Industry-Partnered Chair award for Respiratory Imaging as the Director of the Robarts GE 3T MRI Facility.

He joined The Hospital for Sick Children (SickKids) as a senior scientist in 2013 where he develops new MRI approaches to study the lungs of children and newborns.

The Santyr lab is currently focusing on the use of hyperpolarized xenon-129 gas, an inert inhaled contrast agent with a strong MRI signal, to measure regional lung function in obstructive lung diseases such as cystic fibrosis and asthma. Xenon-129 is also able to probe the structure of the smallest airways (I.e. alveoli), as well as gas exchange between the alveoli and blood pool. This may be useful for revealing microstructural and gas exchange changes associated with lung diseases of prematurity, such as bronchopulmonary dysplasia.

Staff Profile - Department of Medical Biophysics, U of T