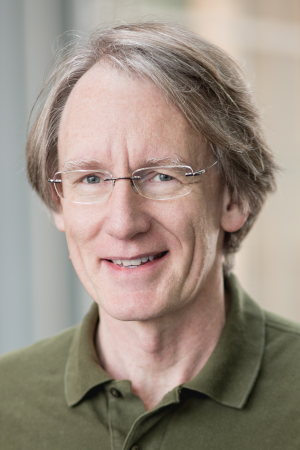 Mike Tyers joined The Hospital for Sick Children (SickKids) in October 2022 as the Associate Chief of Innovation and Infrastructure and a Senior Scientist in the Molecular Medicine program. He was previously a Principal Investigator at the Institute for Research in Immunology and Cancer and a Professor in the Department of Medicine at the University of Montreal, where he held a Canada Research Chair in Systems and Synthetic Biology. He is a Fellow of the Royal Society of Canada, a Member of the European Molecular Biology Organization, and a Fellow of the Royal Society of Edinburgh. His contributions in cell cycle regulation, signal transduction, phosphorylation-dependent protein recognition, the ubiquitin-proteasome system and biological interaction networks have been recognized by the Michael Smith Award, the McLaughlin Medal, a Howard Hughes Medical Institute International Scholar Award, a Royal Society Wolfson Research Merit Award, the Tony Pawson Award and a Highly Cited Researcher citation. His current research interests are in the genetics of cell size control, the enzymology and substrate recognition in the ubiquitin-proteasome system, the mapping of chemical-gene interaction networks, chemical probes as tools for biological discovery, the generation of open-access resources for biological interaction data, and the development of synthetic biology approaches for drug discovery in infectious disease, neurobiology and cancer.

Complex networks of interacting genes and proteins control all aspects of human biology and are perturbed in genetic disorders, cancer, diabetes, infection, autoimmunity, neurological dysfunction and virtually every other disease state. An overarching challenge in biomedical research is thus to understand how these interconnected networks govern cellular behaviour in both health and disease. The Tyers research program exploits leading edge genome-scale technologies to systematically map biological networks in human cells. His group uses genome-wide CRISPR/Cas9-based genetic screens and sensitive protein mass spectrometry techniques to probe the cellular networks that control the growth and division of normal and cancer cells. The complexity of these measurements requires the development of databases, software tools and computational models to track and predict network responses. To exploit this knowledge for therapeutic benefit, his group screens for chemicals that specifically control network outputs and thereby provide more precise means of treating disease. In parallel, his group uses CRISPR/Cas9-based genetic screens to understand the effects of thousands of different drugs, toxins and other chemicals on human cells. His group also devises innovative synthetic biology strategies to create massive collections of natural product-like compounds that are screened in ultra-high throughput and low-cost formats. These combined systems biology, chemical biology and synthetic biology approaches underpin a long-term strategy to transform the understanding and treatment of disease.