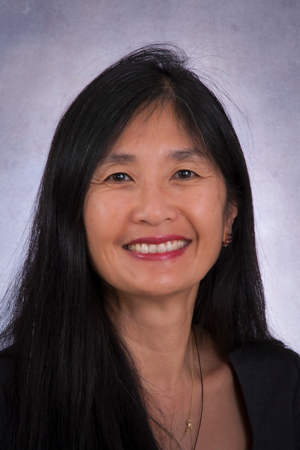 Dr. Eluen Ann Yeh is a graduate of Harvard University (AB). She received an MA from McGill University in Montreal, Quebec and her MD at McMaster University in Hamilton, Ontario.  She completed paediatrics training at McMaster University and paediatric neurology training at SUNY Buffalo, where she developed and co-directed the Pediatric MS and Demyelinating Disorders Center of Excellence.  She is currently an Associate Professor of Paediatrics (Neurology) at the University of Toronto in Ontario, Canada, where she is the director of the MS and Neuroinflammatory Disorders Program at The Hospital for Sick Children (SickKids).  Her research interests are in visual and neuro-cognitive outcomes in paediatric demyelinating conditions, rehabilitative interventions for this population, especially in relation to physical activity, as well as therapies for paediatric MS.

The neuroinflammatory program at SickKids has made important advances in changing the trajectory of outcomes in children with MS and other neuroinflammatory disorders.  Together with a team of scientists, Dr. Yeh's team is investigating pharmacological agents and lifestyle factors such as physical activity that can repair the brains of youth with MS.  In 2019, we showed longitudinal associations between levels of physical activity and depression and fatigue in youth with MS.  We also developed and piloted a new app and program to improve physical activity, named ATOMIC. We developed this app in response to novel findings linking physical activity and outcomes in these youth, and new opportunities to overcome barriers to improving physical activity in teens. We recently received a grant from the National MS Society to perform a multi-center trial of the effect of this intervention on physical activity in youth with MS.  We are also performing work on strategies that can repair myelin in patients with MS and other demyelinating syndromes. To this end, we have initiated a pilot feasibility trial evaluating the use of an agent, metformin, in youth with MS, which has been funded by the Ontario Institute of Regenerative Medicine.