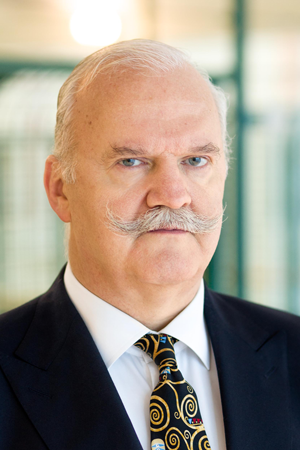 Dr. Reinhard Zeller is the Head of the Orthopaedic Spine Service at The Hospital for Sick Children (SickKids). His practice focuses on the care of children and adolescents with spinal deformities.

He received his medical degree from the University of Paris and obtained his postgraduate surgical education at the University Hospitals of Paris where he trained with two of the world’s most eminent spine surgeons. He spent most of his professional career in France, having originally trained with Dr. Raymond Roy-Camille. After a fellowship at the Texas Scottish Rite Hospital in Dallas in 1992, he returned to work at the Saint Vincent de Paul Hospital with Dr. Jean Dubousset until he joined SickKids. In addition to his clinical training, he received a graduate degree in biomechanics from the ENSAM biomechanics laboratory (Arts et Métiers Tech School) in Paris. He joined the Division of Orthopaedics in October 2006.

Staff Profile - Division of Orthopaedic Surgery, U of T