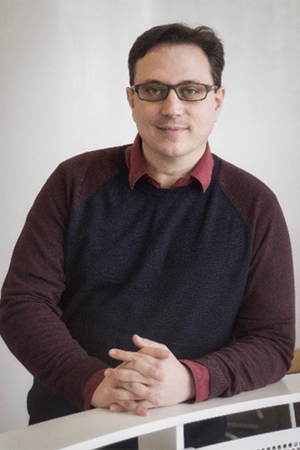 Dr. Julien Muffat studied Bioengineering at the Ecole Normale Superieure de Paris-Saclay, and was as a visiting Fellow at Harvard Medical School studying the oxidative biochemistry of amyloid in Alzheimer’s disease. Muffat received his PhD in Molecular and Cellular Neuroscience at Caltech, where he studied genetic factors affecting brain resilience to environmental stressors and aging. During his postdoctoral training at MIT, Muffat developed the first methods to generate microglia from human stem cells, along with micro-physiological 3D cultures replicating the brain’s microenvironment to model neurological disorders. Recruited to SickKids and UofT in 2018 as Canada Research Chair in Synthetic Neuroimmunology and Stem Cell Bioengineering, Muffat is an MBD Investigator, and a pioneer in the use of tissue engineering to model non cell-autonomous aspects of neurological disorders. The Muffat lab is funded by CIHR, NSERC, SSHRC, Brain Canada and the Stem Cell Network.

Precision Medicine Research in the Muffat lab helps develop individualized brain-in-a dish models of diseases such as Alzheimer’s, Multiple Sclerosis or Autism. From human stem cells, we use novel tissue engineering techniques (3D cultures, brain avatars), combined with molecular tools such as CRISPR, to study the role of immune cells in these disorders. An important effort in the lab focuses on the impact of viruses, to better understand the rare effects of common viral infections on the brain and mental health of specific children and adults.