Acute kidney injury occurs in approximately one-third of children that receive a heart, lung, liver or multi-organ transplant in the first year following transplant, and is associated with significantly greater risk of developing chronic kidney disease, according to a new study from The Hospital for Sick Children (SickKids). The research is the first in the world to describe acute kidney injury in paediatric patients who had received non-kidney solid organ transplants. The results were published online December 29 in the American Journal of Transplantation.

The research team studied children after solid organ transplantation to determine if there was evidence of acute kidney injury (a sudden loss of kidney function), how often it happened and if it led to chronic scarring of the kidney. They also studied this patient population’s risk of developing chronic kidney disease (a gradual loss of kidney function), which is harder to reverse than acute kidney injury. 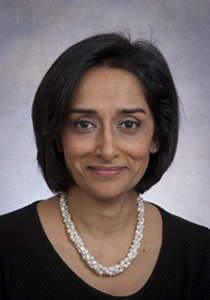 “We know that chronic kidney disease in the adult transplant population is a serious issue but the data is limited for children,” says Dr. Rulan Parekh, the study’s principal investigator and Associate Chief of Clinical Research, Staff Physician in Nephrology, Senior Scientist at SickKids, and Professor of Paediatrics in the Faculty of Medicine at the University of Toronto. “The incidence of acute and chronic kidney injuries after transplant in the paediatric population was relatively unknown.”

The research team conducted an observational study of 303 organ transplant recipients (including heart, lung and liver recipients) under 18 who were cared for exclusively at SickKids, one of the largest transplant centres worldwide, between Jan. 1, 2002 and Dec. 31, 2011. The children were followed for an average of 3.4 years.

While the actual cause of kidney injury in each event is not known, the findings have implications for clinicians, who will now have to monitor carefully and try and prevent acute kidney injury in paediatric patients. “Until we know why it occurs, we should try to see minimize events. If their condition has not improved, we recommend continuing to monitor the patient closely beyond a week following transplant and to see if there can be adjustments in factors that lead to kidney injury, such as medications and limited use of contrast material, and to prevent dehydration,” says Parekh.

Parekh says that a better understanding of the risks of kidney injury after transplant could help clinicians ensure that families are informed before surgery.

The next step in the team’s research is to figure out what is causing acute kidney injury in these instances and to use provincial data to understand long-term risk as children age and as they transition to adult care.

“Transplantation is life-saving therapy and as children survive longer, there is an increased risk of chronic conditions developing that can impact patient survival and quality of life,” says Parekh. “We are studying the risk of diabetes, kidney disease, cancer and heart disease among multi-organ transplant recipients at SickKids so that we may decrease morbidity and mortality rates among children.”

The study was funded by Ashley’s Angels, Canadian Institutes of Health Research (CIHR), Astellas Pharma Canada, Inc., Transplant & Regenerative Medicine Centre Catalyst Grant at The Hospital for Sick Children and SickKids Foundation. It is an example of how SickKids is contributing to making Ontario Healthier, Wealthier and Smarter. www.healthierwealthiersmarter.ca.