Bronchiolitis is an acute lower respiratory tract infection and amongst the most common reasons for hospital admission for children in the developed world. It is also among the most cumulatively expensive conditions in paediatric hospital care.

A study published on March 1, 2021 in JAMA Pediatrics, led by The Hospital for Sick Children (SickKids), found that intermittent (every four hours) pulse oximetry monitoring of infants with bronchiolitis is preferred to continuous pulse oximetry monitoring. The randomized clinical trial enrolled 229 infants hospitalized with stabilized bronchiolitis with and without supplemental oxygen and with care managed using an oxygen saturation target of 90 per cent. 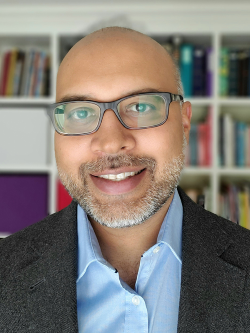 “Intermittent monitoring is an example of ‘doing less’ and simplifying hospital care, which is a valued principle in clinical medicine and a commitment of SickKids through the Choosing Wisely campaign,” says Dr. Mahant, who is also Professor, Department of Pediatrics and Institute for Health Policy, Management and Evaluation, University of Toronto.

Findings from the study provide high quality evidence supporting the SickKids Choosing Wisely recommendation to not use continuous pulse oximetry routinely in children with acute respiratory illness unless they are on supplemental oxygen. In 2019, SickKids became the second hospital and first paediatric institution in Canada to be recognized as a Level 3 Choosing Wisely Canada Hospital for building an organization-wide culture of reducing unnecessary tests and treatments.

While some practitioners and parents prefer continuous monitoring because they fear that intermittent monitoring will delay the detection of hypoxia and compromise patient safety, the trial results do not support this fear. In this study, parents’ anxiety was not heightened through intermittent monitoring and there was no difference in the amount of workdays missed for parents due to unscheduled visits to a physician within 15 days of discharge. Intermittent monitoring is also better aligned with the parent and child hospital-to-home transition preparation.

In addition, nursing satisfaction was significantly higher in the intermittent monitoring group. With less monitoring, nursing workload is reduced due to fewer oximeter alarms and enhances patient safety because of reduced alarm fatigue.

This study is the first clinical trial from the Paediatric Inpatient Research Network (PIRN), which aims to work with children and families to generate evidence that improves care and outcomes for hospitalized children in general paediatric settings. PIRN, launched in 2019, is a national network lead by SickKids scientists, Drs. Mahant and Peter Gill.

The research was funded by Canadian Institutes of Health Research (CIHR) and SickKids Foundation.

Learn more about Bronchiolitis on AboutKidsHealth